From April 15 to May 1, we will be sharing the best projects, technologies, and companies in these subcategories. Today, the best in exporting excellence for professional services.

The 2008 financial markets crash may have looked like the end of the world but for the oil and gas industry, it only foreshadowed a bigger disruption yet to come. Companies that prepared back then against a bumpy future have fared better today.

“When the first crash happened in 2008, we realized that we needed to diversify our services and to look for new markets because things were bleak in Canada at the time,” says Marius Simon, vice president of operations, Chinook Consulting.

With 130 contracted engineers and geologists, Chinook Consulting today earns 35 per cent of its revenues from a dozen countries. Simon expects this percentage to continue climb. 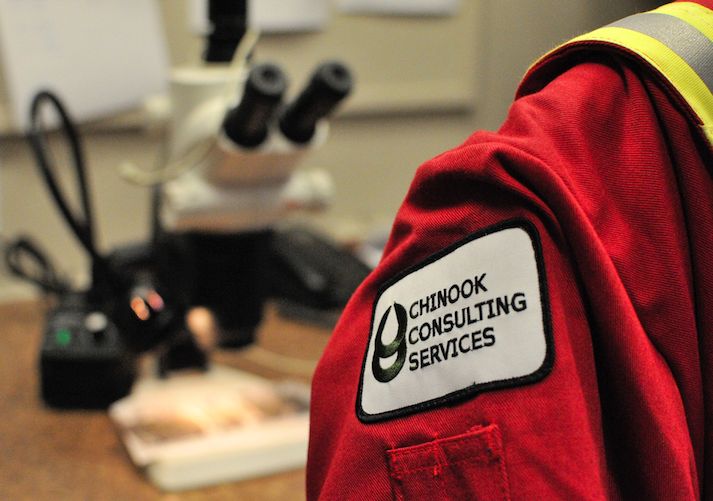 Chinook was founded in 2002. Wellsite geology and field services were its bread and butter then and didn’t need to actively look for foreign work. Then Encana came knocking and Chinook went along for the ride.

“Like other companies, Encana tried to source services locally in other countries, but that didn’t work very well. They were used to certain service standards that they wanted to replicate internationally so they turned to us,” Simon says.

Encana took Chinook to France, Oman, Qatar and other countries that it operated in 2007. Having dipped it toe in the international market, Chinook later leveraged those connections during the recovery from financial crash.

Some of the obvious target countries for Chinook those that required partnerships for market access.

“In the Middle East and North Africa, for example, partnerships are mandatory in order to do business there,” Simon explains.

The rules of sponsorship in these countries typically stipulate that services be delivered through local companies owned by local people. It’s usually a well-worn path that eliminates problems of bribery and sets out the terms for how money is earned and divided between the partners.

“It’s a very transparent and clean process, but knowing the right people matters, for sure,” Simon says.

Currently, Chinook’s best prospects for foreign work are in South America, where horizontal multi-frac technology is starting to breath new life into marginal and mature fields. Colombia is a particularly good market, given its strong history of working with Canadian companies.

Simon notes that sponsorship arrangements are aren’t required in South America or most of the other places where Chinook operates today, so securing work there is the usual combination of marketing, networking, sales trips, tradeshows and conferences.

It helps that among its stable of engineers and geologists, Chinook has people who speak the language of most any target market.

“We’ve also applied for some funding through the Trade Commission Service, which could be very helpful,” Simon says.

Albania used to be a good market for Chinook until its client, former Canadian producer Bankers Petroleum, was bought by Chinese interests and now has its consulting services provided by Chinese nationals.

The U.S. is a huge potential market for Chinook but the problem currently is a “buy American- hirer American” sentiment, especially among smaller companies, Simon says.

A consistent effort to develop export markets has been important for providing work predictability and company growth. But foreign markets can also be volatile and unpredictable. To manage non-payment risks, Chinook works with the federal government.

“Export Development Canada has been really good to us and provides peace of mind that we will get paid for out services,” Simon says.

Phil Unger, president and chief executive officer of Cadeon Inc., says the start of all good things for the company came in 2011 when it “found” $300 million of efficiencies for a large Canadian retailer by stitching together its customer relationship management tools.

That success set the data and information management consultancy on a trajectory that in 2017 earned it recognition by two national business and IT magazines as a Top-20 data visualization provider in North America.

Cadeon’s services include data warehouse automation, data integration, data virtualization, data visualization, and analytics. For this is depends on U.S. technology partners such as Cisco, TIBCO, and Microsoft, and others. These alliances have, in turn, paved Cadeon’s way to the U.S. market.

“By aligning ourselves with big U.S. brands, we bring foresight to the Canadian market place, which is probably about two years behind the Americans from a technology adoption perspective. But vice versa, we bring those successful Canadian use cases to the U.S. marketplace, so it’s really been a symbiotic story,” Unger says.

Currently Cadeon employs about a dozen consultants and derives 10 per cent of its revenues from the U.S., predominantly from Denver, Houston and California. Unger expects to double Cadeon’s size in the next two years by working with his technology partners but also on the strength of his approach to consulting.

“A lot of consulting companies are basically bums and chairs, powered by the hour,” he says. “Our whole model is to support our customers along their journey and teach them how to fish rather getting them to sign multiyear contracts where we do all the work and show them nothing.”

Unger’s ambitious growth projections are also a nod to being in the right place at the right time. Eighty-five per cent of Cadeon’s clients are in oil and gas. The need to drive down costs per barrel has the industry starting to embrace more and more digital technologies, from data analytics and integration to machine learning and artificial intelligence.

“Deer in the headlights — ‘I know I need to do this, but I don’t have the time, don’t know where to start, can’t get funding for it.’ Some of these companies suffer from ‘hopeium’ — that $100-oil will return and this whole nightmare will go away. These are the guys that will get digitally disrupted,” Unger says.

His second group of customers is just getting started in the digital transformation. They realize it’s not a question of whether this needs to happen but when.

“They’re embracing it but slowly,” he says.

Then there are the clients that are one their way, convinced that digitization will enable them to do more with less, and support their decision-making with data.

As for expansion beyond the U.S., Cadeon already has its foot in Europe, with a chemical client in Switzerland.

“The world is flat,” Unger says. “It’s very easy for us to stretch our borders and get involved in the U.K., or Dubai, or even Saudi Arabia, but it hasn’t been our initiative because we’re going to have to grow to a certain size before we can service those markets. We’re not there yet, but we’re certainly thinking about it.”

Financial guarantees, most commonly in the form of corporate surety bonds, are often used by energy companies to fund reclamation of projects should the operator default.

In Alberta, while legislation allows for the use of surety or performance bonds for oilsands reclamation, in practice the province only accepts irrevocable bank letters of credit.

This requirement for irrevocable bank letters of credit results in hundreds of millions of dollars held by the Alberta Energy Regulator that could be used to expand production and increase exports.

Aon Canada, the domestic arm of global professional services firm Aon, has been working to remedy this issue since 2016.

Long-time Aon surety broker André Giasson has taken on a key role facilitating the process of getting the Alberta Regulator to accept a pure demand/forfeiture” surety bond — in lieu of an irrevocable bank letter of credit — to also serve as an acceptable form of oil sands reclamation security.

Since late 2016 Giasson has facilitated or represented the surety industry at a number of high-level meetings to move the process forward, and which involved various stakeholders; such as the presentation made by the Canadian Association of Petroleum Producers to Alberta Environment and Parks in February of 2017; and a meeting hosted by Alberta Risk Management and Insurance and attended by senior underwriting representatives of the five largest surety companies operating in North America in April of 2017.

He also spearheaded and facilitated, with the support and assistance of Alberta Risk Management and Insurance, the surety industry, as well as oilsands companies such as Suncor and CNRL, the development of a nearly finalized pure “demand/forfeiture” surety reclamation bond that mirrors the terms and conditions of an irrevocable bank letter of credit.

The ultimate adoption and prescription by the Alberta Energy Regulator of the subject pure “demand/forfeiture” surety reclamation bond, as an alternate form of acceptable reclamation security, will not only benefit the oilsands industry — by freeing up important cash flow — but the province of Alberta as well, in that the operators will have more readily available capital, in order to invest in people here at home, expand operations, and thereby providing additional, much needed, support to the overall Alberta economy.