From April 15 to May 1, we will be sharing the best projects, technologies, and companies in these subcategories. Today, the best of operational excellence for industry accelerators.

The best in Operation Excellence for Industry Accelerators

In the oil and gas technology race top prize goes to the swift. Those that can move ideas through the development process to the field the fastest have a leg up on the competition.

The finalists for the Industry Accelerators category of the Energy Excellence Awards all have built frameworks to encourage innovation and technology development, and have proven records of having an impact on the industry’s progress in dealing with a variety of environmental and economic challenges.

A new province-wide collaboration between industry and the Alberta Energy Regulator (AER) is making infrastructure decommissioning and reclamation an open-source proposition by enabling companies to work together in planning closure. 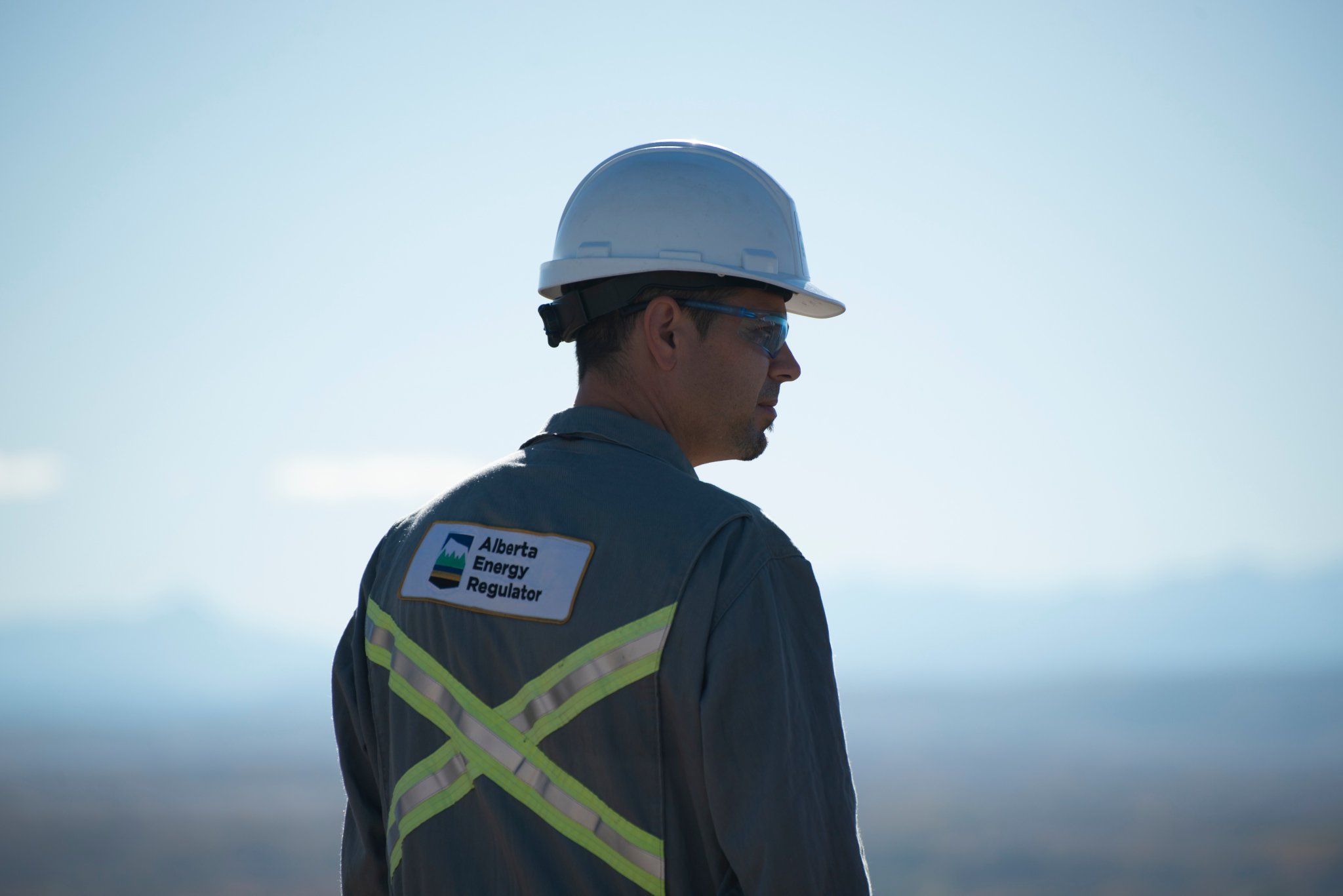 For participants in the program, a key benefit is reducing their costs. Economies of scale take effect and drive down the costs per well when a company with 20 wells to decommission and reclaim pools that work with another company in the area that is planning similar closure.

Efficiently sequencing closure in ABC also provides benefits. Separate crews working simultaneously down the road from each other doesn’t make sense in closure work because it’s not that time sensitive. Doing the work in sequence effectively lets producers share the cost of mobilizing and demobilizing people and equipment.

“The pilot projects that proved the success of this approach delivered lower closure costs by 10 to 40 per cent,” Hardie says.

To facilitate industry participation in Area Based Closure, the AER added a mapping tool to its application submission portal, OneStop.

“The uptake on this program has been fantastic so far,” Hardie says.

The service sector also likes the program, according to Hardie. Service companies can now see what closure work is planned across the province, allowing them to prioritize and plan better. This reduces their costs and flattens their seasonal hiring cycles.

At a higher level, Area Based Closure is making Alberta’s oil and gas industry more resilient by reducing producer liabilities. Lower costs allow for more reclamation work to get done, which improves public health and safety in Alberta.

“This year, the ABC team is expecting to do a workshop in which companies that have participated in the program will share what they have learned, what new techniques or technologies have emerged, and to continue to evolve the relationship that the AER, the service sector and the producers have built to facilitate this work,” Hardie says.

Almost three years ago, when Bluesource Methane saw that the Canadian market was moving towards more robust regulations for GHG emissions, it saw opportunity.

As the oil and gas sector slogged through the worst downturn in a generation, Bluesource also recognized that not all producers would be able to foot the bill for reducing emissions by 45 per cent by 2025.

So it started talking to Alberta companies and drew upon its two decades of expertise as an advisory and capital source provider for low-carbon environmental products and services across North America, and launched the Bluesource Methane Reduction Program.

A key feature of this program is Bluesource’s ability to finance the cost of swapping high-bleed pneumatic controllers for more GHG efficient units. Oil and gas producers incur no capital outlay. Once Bluesource recovers its costs through the reduction of fuel gas used and carbon offset credits, it shares proceeds with the producer 50-50. The producer owns the equipment.

“But beyond that, we are doing something that can be quite challenging for companies to oversee,” says Yvan Champagne, president of Bluesource Methane.

A retrofit that involves changing out 500 controllers, for example, isn’t a cakewalk. It involves identifying all the controllers currently in place, determining which controllers are eligible for retrofit, creating an inventory of where they are, drawing up a plan, coordinating with suppliers, executing on the work and tracking the results. Some companies underestimate the expertise this undertaking requires.

“The innovation for us is not only bringing the financing piece but bringing together the partners that provide a key role for each part of the solution and putting it all together efficiently and effectively,” Champagne says.

Bluesource installed its first controllers in November 2107. Since then, it has replaced about 4100 controllers across the province for 15 oil and gas producers. Champagne says the group is on track to reach its target of replacing 7000 controllers.

“We have a world-class data management platform. We partnered with three of the largest E&I [electrical and instrumentation] companies in Alberta that are very effective at replacing equipment and doing our inventory work. Spartan Controls is our primary equipment supplier,” Champagne says.

Bluesource retrofits to date represent an estimated emissions reduction of 180,000 tonnes of CO2e in 2018. This work saved oil and gas producers over $4 million in capital expenses that would have otherwise been incurred on these retrofits.

When Bluesource reaches its target of 7000 controller swap-outs, it will have helped the industry convert around 10 per cent of the eligible controllers in Alberta. This is significant for provincial emission reduction targets as well as worker safety because, in many cases, methane from older controllers is vented into enclosed spaces.

The Petroleum Technology Alliance Canada (PTAC) has advanced so much research that it is difficult to overstate the importance of this group to the operational and environmental advancement of the oil and gas industry in western Canada.

Over the last 22 years, PTAC has launched more than 600 collaborative research and technology development projects--all of which delivered successful outcomes. Some far exceeded expectations. More often than not, these projects provide the science and engineering to support smart policy and regulatory development.

Against this historical backdrop of research and innovation, two recent PTAC initiatives being recognized by the Energy Excellence Awards are the following:

Both the federal and provincial governments have methane emission reduction targets of 45 per cent by 2025, which require operators to implement Leak Detection and Repair (LDAR) programs. These requirements, however, allow for the development of new and more cost-effective approaches to leak detection.

A first-of-its-kind, PTAC’s FEMP EA project potentially will save the industry hundreds of millions of dollars in leak detection and repair. The initial goal of this research is to quantify the methane reduction benefits of conventional LDAR programs. Research is also underway to help develop more efficient and cost-effective alternatives to conventional LDAR programs.

“This is an important project for PTAC—statistically significant, peer designed and peer reviewed. It will produce scientifically credible information to help inform methane regulations, allowing industry to meet the reduction requirements at the lowest possible cost,” Tannis Such, PTAC’s director, environmental research initiatives, writes in an email.

The FEMP EA project is supported by the Alberta Upstream Petroleum Research Fund’s (AUPRF) Air Research program, which is a multi-stakeholder committee with producer and government representation. Industry has stepped up to the plate with more than $2million over the last two years in support for methane research.

Historically PTAC’s RRRC work has made significant contributions to environmental protection, industry competitiveness and social license to operate. It has funded over 140 projects in the last 15 years. The industry’s funding contribution of $6.5 million has leveraged additional funding for a grand total of $16 million.

The resulting benefits include improved soil conservation, less soil placed into landfills and equivalent protection of human health and the environment, while saving industry between $8 million and $20 million per year.

Other work lead by Equilibrium Environmental with key contributions from Exova and Alberta Environment and Parks and Environment Canada developed a science-based method to determine natural versus anthropogenic boron concentrations in soils.

“This initiative involved extensive consultations with AEP and AER, a literature review, as well as numerous field trials for toxicity tests and research on laboratory methods,” Such says.

This work helped develop a new soil extraction method for boron analyses as well as new guidelines for soil remediation in 2016. The outcomes included significant environmental benefits through improved soil conservation and protection of human health and ecology, while savings industry an estimated $600,000 to $1.2 million annually.