In late 2018, the Daily Oil Bulletin surveyed 150 representatives from the exploration and development, oilsands, and midstream sectors to understand the key issues facing the industry in 2019.

In this four-part series, Vince Lauerman sifts through the results of the 3rd annual Industry Outlook Survey to identify the challenges faced by the industry in 2018, and where it is headed in 2019.

Today, part two of this series take the pulse of how industry views the future, given the market access, environmental and economic challenges it faces. Part three looks at the key policy issues facing oil and gas producers, and how the government is dealing with these issues. Part four looks at how industry is responding to these stressors, including capital spending plans, where the industry plans on spending money, and how it plans to manage costs in 2019.

Optimism about the Canadian oil and gas industry continues to falter based the views of the 150 respondents to the 2019 Daily Oil Bulletin Industry survey. Sixty-eight per cent of respondents reported being pessimistic about the industry’s future, while only 27 per cent expressed any degree of optimism. This pessimism was especially evident at the extremes, with 36 per cent saying they were very pessimistic, compared to a mere three per cent that said they were very optimistic. The proportion of companies saying they were very pessimistic about the future of the industry more than doubled compared to last year’s survey. 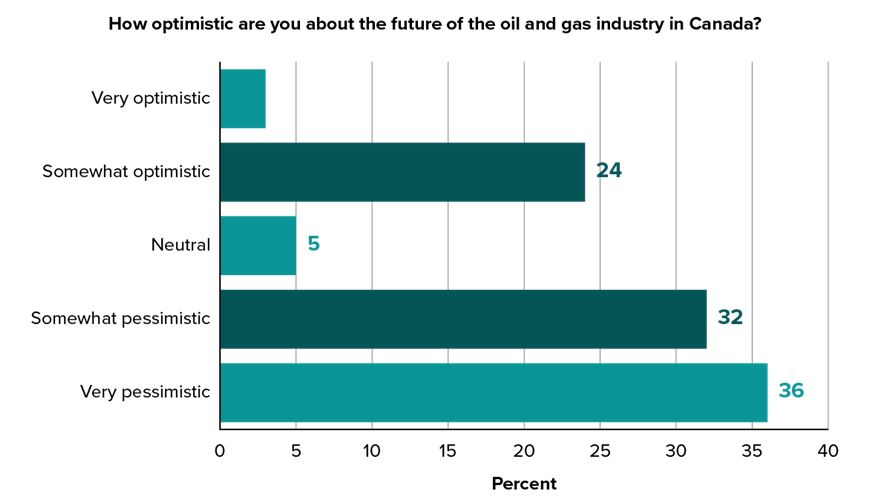 The exodus of investment from the Canadian oil and gas industry continues. Forty-six per cent of survey respondents said they were planning to shift investment to markets outside of Canada in the future, compared to 54 per cent with no plans to do so.

Of the companies planning to invest outside of Canada, the U.S. was by far the most likely destination, with three-fifths of respondents planning to shift investment dollars there. None of the other potential destinations for Canadian investment was cited by more than 3 per cent of oil-related companies.

A relative bright spot for the Canadian oil and gas industry is the fledgling LNG exports industry, especially compared to last year’s survey. Fifty-five per cent of this year’s respondents said they were optimistic about LNG exports in the next five years; almost two times more than indicated they were not optimistic or neutral. In contrast, only 29 per cent of companies expressed optimism about the Canadian LNG exports last year. The positive final investment decision (FID) for the Royal Dutch Shell-led LNG Canada project on the B.C. coast in October 2018 likely contributed to this turnaround in sentiment. 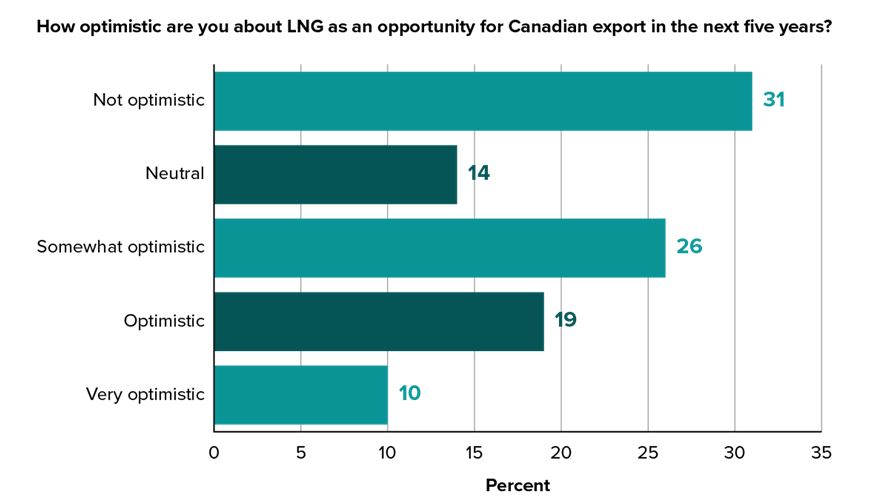 All the same, when asked what they see as the biggest threat to Canadian LNG opportunities, almost three-quarters of respondents cited either regulatory requirements, environmental regulations or First Nations agreements — 42 per cent, 18 per cent and 13 per cent, respectively — similar to last year’s survey results. 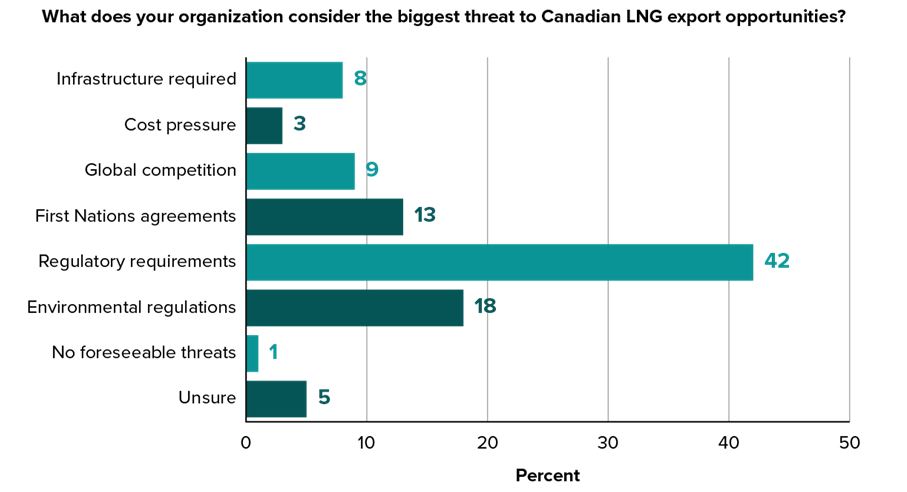