CGAI Series: Energy As A Service — Going Beyond Energy Supply 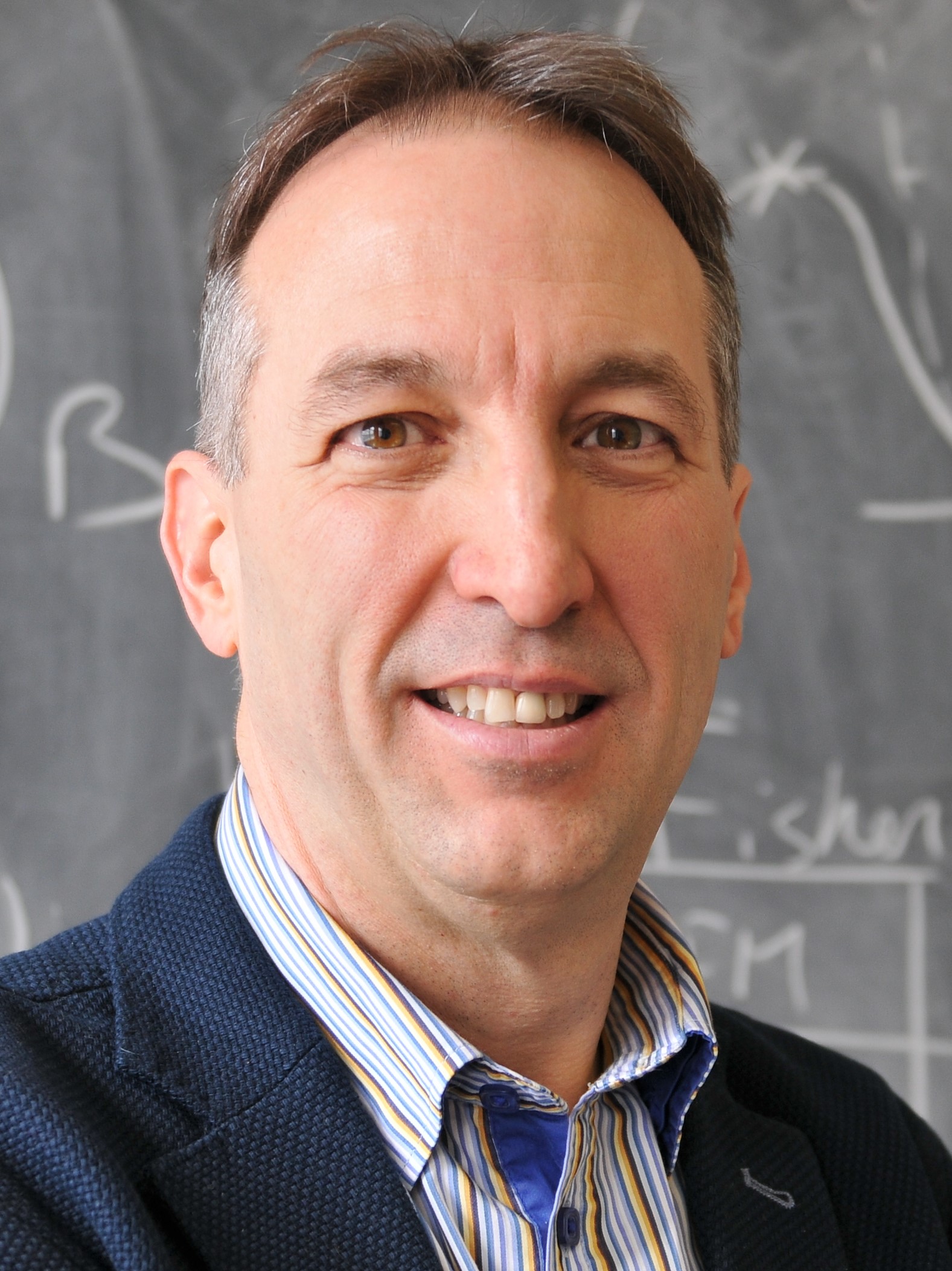 As a major natural resource provider, Canada has approached its transition to a low-carbon economy very much in the light of its energy production and supply. Its discussion about climate change has been dominated by worries about pipelines, oilsands, shale gas and uranium production without much thought about the other side of energy: usage and consumption. Yet, Canada is a relatively small nation that does not weigh significantly on worldwide commodity prices, consumption and investments. As an open economy, it does not even have much direct control of national investments and production in the energy sector, except regarding electricity. Besides worrying, there is therefore not much Canada can do on the supply side, particularly in the oil and gas sector.

The situation is different with respect to consumption, whether at the consumer or at the commercial, institutional and industrial levels. Here, the various governments can significantly modify the choice of energy and its usage through policies, norms, urban design and fiscal approaches, orienting millions of individual decisions.

Major shifts in energy consumption in Canada have occurred in the past, driven by a combination of individual, social and governmental orientations. Between 1979 and 1986, for example, Quebec saw its oil consumption drop by 43 per cent and the share of renewable energy go from 29 per cent to 47 per cent, transforming its energy basket faster and deeper than almost any developed economy. This transition was the result of two oil crises that made the world tremble, coupled with a major recession and Quebec’s decision a decade earlier to bet massively on hydroelectricity. As the dams came into service, and with the support of Quebec’s government, all these pressures led to the rapid electrification of residential heating as well as numerous industrial processes, coupled with a significant growth in natural gas and biomass usage.

As Canada embarks on a program to reduce greenhouse gas (GHG) emissions, it will need a transformation of even larger amplitude, albeit on a longer time scale, similarly requiring the combination of a number of internal and external factors for its success.

Even as a major energy-producing country, Canada would greatly benefit from focusing its transition largely on the consumption side:

There are many reasons for refocusing the debate towards energy consumption in Canada. Of those, two are of particular importance.

First, over the last decade, much of the debate on GHG emissions in Canada has been linked to oil and gas production, mostly the oilsands. Yet, revenue expectation uniquely drives investor interest in supporting hydrocarbon exploration and exploitation, which is controlled by demand. If demand falls over the next decades, the value of these investments will drop in parallel; if the demand remains strong, there is not much point in Canada stopping its oil and gas production as any effort to reduce GHG emissions will be lost in the worldwide movement.

Second, transforming energy usage can positively affect Canada’s economy and the lives of Canadians irrespective of the direction the rest of the world follows. This is demonstrated by countries such as Sweden that have managed to cut their GHG emissions by half while supporting strong and resilient economic growth. Rethinking energy usage forces us to question almost all of our habits, structures and processes, helping all aspects of society to find more efficient approaches to building, heating, transporting and manufacturing.

Certainly, the focus on energy usage will not suffice to fully transform Canada’s energy sector into a low-carbon society. The electricity sector needs to finish its transition to low-carbon production and find solutions for heavy transportation. Bringing the benefits more directly to all citizens will go a long way towards leveraging this transition to move Canada forward.

Targeting energy usage in a coherent way in Canada is challenging because of the constitutional distribution of powers. While most of the responsibilities linked to energy usage sit in the hands of provinces, a number are shared between the federal government and the provinces, either legally or de facto through Ottawa’s spending powers. A national vision requires a combined effort developed in collaborative fashion, one that must be adapted to each sector: building, transportation, urbanism, industry, agriculture, etc.

There is no space here to expand on each of these sectors. I’ll focus on two that are too often overlooked: industry and buildings.

Industry is a combined federal-provincial responsibility that is associated with 42 per cent of the total energy-related GHG emissions (eight per cent when we exclude the oil and gas production sector as well as process-related emissions). Most of the energy is consumed to produce heat and operate heavy machinery, often requiring considerable power that needs to be delivered either by spikes or on a continuous basis and on sites that can be remote, without direct access to the grid. Since no unique solution can be applicable to this range of requirements, replacing fossil fuels for these usages will require a multi-pronged approach to optimize the energy source from biofuels and biomass to geothermal, electric sources and energy efficiency. This will provide considerable opportunities for technological development and adaptation to specific requirements.

A dedicated effort to reducing GHG emissions in this sector will need concerted and strategic research and development programs as well as large-scale innovative trials that can only be successful if they involve federal and provincial governments as well as the various industrial sectors. Given the economic importance of a successful transition in this sector, it could be the ideal test case for developing a national approach for transitioning to a low-carbon economy, as it is more likely that all government levels will agree to work together to drive such a transition.

Towards a low-carbon emission building sector

With 13 per cent of energy-related emissions, building is another sector that requires a global approach and specific attention from the start. While its carbon footprint represents only 40 per cent of transport, it is considerably cheaper to transform and it offers much greater economic return for the investment, further reducing its net cost. Building transformation also tends to deliver local positive fallouts, spreading its benefits more uniformly than almost any other sector across the country. Over the last decades, lowering the GHG emissions from this sector has mostly been synonymous with electrifying heating using simple resistors, essentially in the residential sector. Considerable efforts are still needed to establish norms in an industry able to provide cost-effective retrofit solutions and to propose low- or zero-emission alternatives to natural gas for residential, commercial and institutional buildings.

In order to reach sufficient transaction volumes to lower costs, provinces will have to work together to implement compatible and rapidly tightening norms. They will have to create long-term programs built upon federally supported research and development and use federally imposed revisions of lending approaches that would take the total cost of ownership into account, greatly facilitating the financing of these low-carbon technologies and approaches.

Transition in the industrial and building sector cannot be simply seen as the replacement, joule by joule, of the energy that hydrocarbons currently provide. Programs will have to induce a deep reassessment of needs, habits and technologies in order to find the most appropriate solution for each situation. These programs will also need to be focused on cost-efficient approaches and innovative financing to ensure that they can sustain themselves and create competitive industries at the international level.

As both sectors will greatly benefit from a co-operative approach among various governmental levels and agencies anchored in research and development, as well as experimentation, and serve as a springboard to commercial development, they represent ideal sectors for developing such models while rethinking our energy use across Canada.

Normand Mousseau is a professor of physics and research chair on complex materials, energy and natural resources at Université de Montréal and academic director of the Trottier Institute of Energy at Polytechnique Montréal. As a specialist in the field of complex materials and biophysics, he has published more than 160 scientific articles. He follows closely energy and natural resources issues and is the author of several books on the subject, including "Au bout du pétrole, tout que vous voulez savoir sur la crise énergétique" ("The end of oil, everything you need to know about the energy crisis") (2008), "La révolution des gaz de schiste" ("The shale gas revolution") (2010) and "Le défi des ressources minières" ("Managing mining resources: a challenge for all") (2012), all published by the Éditions MultiMondes. In 2013, he co-chaired the Quebec Commission on Energy Issues, whose report, "Mastering Our Energy Future," was released in February 2014. He is a member of the Sustainable Canada Dialogues and was involved in the drafting of the Action plan presented by the organization in 2015.

Part 6: The Inescapability Of Carbon Taxes For Canada by Dennis McConaghy. Click here.