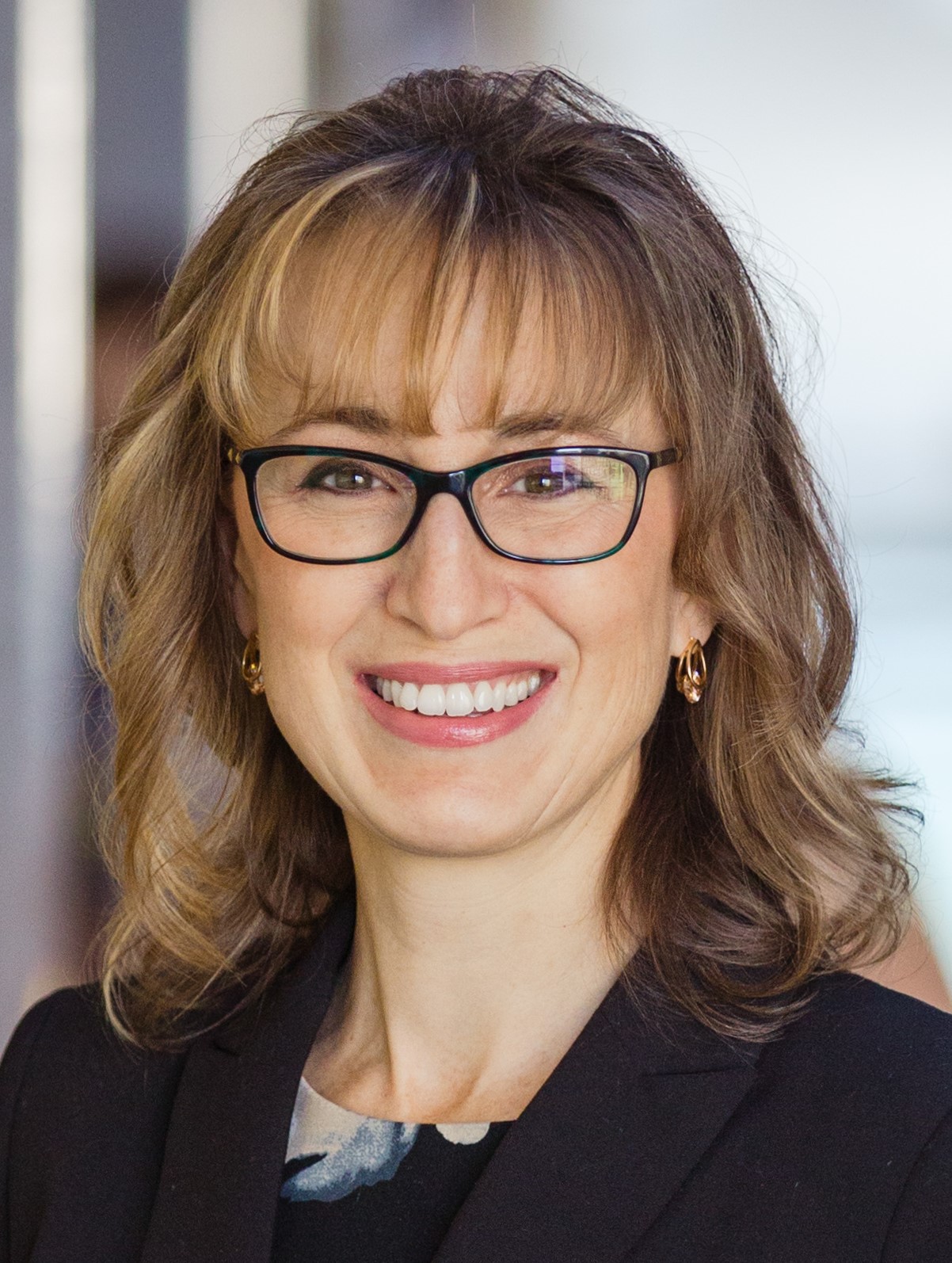 Canada has been in a slow-motion train wreck when it comes to energy decision-making. The last decade has seen increasing conflict, contentiousness and polarization around big energy projects. While oilsands and major pipelines are the key flashpoints for opposition, they are by no means the only contentious projects or forms of energy. Think large-scale hydro in British Columbia, wind farms in Ontario or fracking in New Brunswick. Renewable or not, linear or non-linear, energy projects of all kinds and descriptions are running into opposition. In hindsight, some of this was predictable. But in the here and now, the country needs to figure out fast how to address the situation.

There are tremendous economic opportunities before us when it comes to energy. More than $700 billion worth of natural resource projects are planned or in the works in the coming decade, and most of these are in the energy sector. Many of these opportunities are on, run across or are adjacent to indigenous communities. While energy development could transform many communities’ energy security, energy affordability and economic, social and cultural development, it has been highly contentious. But the lost opportunity doesn’t end there. Failure to resolve Canada’s energy development challenges is costing — and will cost — the country in environmental performance, and in our capacity to attract investment and foster economic growth and innovation. This failure will also affect the energy system’s ability to cost-effectively deliver reliable energy, and ultimately, Canada’s ability to manage the transformation to a much lower-carbon energy economy.

The diagnostique: why all the ruckus over energy?

So what’s the problem? Why is Canada seemingly facing a crisis of confidence when it comes to developing its energy resources?

The first and most fundamental reason is that the context for energy decision-making has transformed in the postwar period. Extensive, widespread and permanent social and value change has taken place over the last six decades. This includes declining levels of trust in government, declining deference to authority and expertise, increasing preoccupation with risk, and growing expectations to democratize public decision-making and involve citizens in decisions that affect them. It also includes social fragmentation, greater individualism and growing mistrust of “big” whether in the form of business corporations or public institutions. The myriad effects of social media amplify all of this.

The impacts of these changes are far reaching and in the largest sense are evident in a new kind of politics throughout the western world — neatly captured in terms like “post-truth” or “post-fact” politics. Canada and energy are far from uniquely affected. But affected we are: citizens are less likely to trust that governments make fair, unbiased and balanced decisions. People lack confidence in expert opinion and scientific evidence; they may give more weight to evidence from sources they trust, regardless of their knowledge or expertise. Perceptions of risk can trump realities of risk and risk mitigation. Governments are trying to open up decision-making processes, but this can generate real and perceived tensions between participatory democracy (citizen involvement) and representative democracy (elected or appointed officials taking decisions). And when people’s line of sight is centred more on individual/local interests than on national/group interests, appeals to the national interest or to broader regional/group interests may get less traction or even fall on deaf ears. The transformation in the information and communications environment — notably the rise of social media — magnifies and intensifies the above tendencies.

All told, it’s no wonder energy has become so much more contentious in recent years. It’s a brave new world of politics and energy decision-making.

The second reason driving down public confidence in Canadian energy decision-making relates to gaps in public policy. Three gaps stand out: climate, reconciliation with indigenous peoples and energy development’s cumulative/regional effects. Debate on climate change, the future of fossil energy and the path toward a low-carbon economy has gone on for 25 years without coming seriously to grips with the underlying challenge of how to actually make progress on these fronts. The history of Canada’s fraught relationship with indigenous peoples has multiple dimensions and deep-seated challenges. Indigenous communities’ opposition to energy development is often based on concerns extending to issues like clean drinking water, affordable housing and government follow-through (or lack thereof) on commitments and legal agreements. This gap is exacerbated by the fact that indigenous communities occupy and claim rights over much of Canada’s land where energy resource and infrastructure projects are being proposed or contemplated. We are far from establishing mutually acceptable conditions for arriving at the needed decisions. Finally, we have yet to develop adequate policy and planning systems to deal with the wide-ranging and cumulative effects — economic, social and environmental — of energy development on local and regional communities.

The result of this is that public confidence in energy decision-making is low and declining. Tough policy problems invoke widely divergent interests and values, and only processes with explicit political accountability can address them. But the political context is one in which society often distrusts authority and expertise. In the midst of this, energy regulatory processes — evidence-based and expert-driven by design — are called on to adjudicate individual energy project proposals. It is hardly surprising that many such processes have failed the test of public expectations.

The ultimate consequence is that public authorities’ decisions on all types of energy have become increasingly protracted and uncertain, leading to outcomes that can be contrary to Canada’s interests, without necessarily satisfying local communities, the business community or advocacy groups. We are all losing.

So what’s to be done?

The most important thing to recognize about Canada’s energy quandary is that it is not about big energy projects alone. Big projects are bound to have contentious elements and while we should strengthen project decision-making processes (as noted below), it would be a mistake to think that Canada’s energy challenges can be addressed effectively with changes to the regulatory system alone. Likewise, it would be a mistake to think that “post-truth politics” is solely a communications challenge, and that the right message can somehow quell opposition, contentious politics and conflict. Communications will be pivotal, but only effective if part of a broader strategy to govern in the contemporary political context. It would also be a mistake to think that consulting with indigenous peoples on big policy issues like climate and reconciliation is the way out of this challenge. Yes, governments need to listen to people’s concerns, aspirations and interests, but at the end of the day, they need to make decisions — some of them tough. This is necessary to provide clarity, predictability and timely answers to all involved — investors, individual Canadians, communities, regulators, companies and indigenous peoples.

In brief, Canada needs to move on big politics, big policy and big projects in a co-ordinated fashion, recognizing that these three P’s form part of a broader system of energy decision-making that needs strengthening.

On big politics, decision-makers need to accept that social and value change — and changes in the information and communications environment — are here to stay. The horses have left the barn on this one. It is the new normal. The context for energy decision-making has changed fundamentally since the 1950s when organizations like the National Energy Board were created. Canada needs to think in new ways about how to develop trust, credibility and legitimacy in energy decision-making. Inclusiveness, representativeness, openness and transparency will be challenging but essential sine qua nons of energy decision-making now and into the future.

On big policy, governments need to address the gaps in a way that establishes a clear policy framework articulating the broad public interest when it comes to Canada’s energy future. This is particularly important for climate change and the development of Canada’s fossil fuel resources. The federal government’s commitments in Paris went a long way to address — at least in perception — the policy gap on climate, but now comes the hard part of identifying what Canada’s future energy system will look like, and where the development of its vast oil and gas resources sits now and in the future. Comparator countries like the United States and Australia are moving quickly on developing their hydrocarbon resources, including liquefied natural gas (LNG) and crude oil for export. The window for Canada on LNG is fast narrowing. Does the country want to miss the boat on this one?

Regulators need to develop more flexibility to engage with local and indigenous communities and governments on big projects. This includes being able to undertake less formal, legalistic, adversarial processes in addition to traditional regulatory hearings. It also means diversifying the profile of staff and board members to be representative of the multiplicity of energy interests (indigenous, local, environmental, etc.). This doesn’t mean abandoning expertise, but rather seeking different kinds of expertise and perspectives. Local and indigenous authorities (governments) also need greater formal roles in energy project decision-making, ensuring that they identify and represent their communities’ views in credible, inclusive, transparent ways. Above all, for big projects, it means clarity in process: who does what, when, using which timelines and through which channels?

And yes, decisions need to be taken in a timely fashion on big policy and on big energy projects. People need to see that their input had an impact on decisions: what did policy-makers or regulators hear? How was it incorporated (or not) into their decisions? Why did public authorities opt for the decision they chose?

Only by addressing the three P’s of Canada’s energy challenge can the country’s energy opportunities — economic, environmental and social — be unlocked. This is not just about projects, politics or policy: it’s about all three. Deal with only one and we’ll keep spinning our wheels. Deal with all three and the country can make real progress.

Dr. Monica Gattinger is Director of the University of Ottawa’s Institute for Science, Society and Policy, and Associate Professor at UOttawa’s School of Political Studies. She has written widely on Canadian energy policy and regulation, and the country’s energy relations with the United States.

Gattinger chairs Positive Energy, a three-year project that uses the convening power of the university to bring together industry, government, Indigenous groups, local communities, environmental NGOs and the academy to identify how to strengthen public confidence in energy decision-making in Canada.

She sits on the Editorial Boards of the University of Ottawa Press and the journal Canadian Public Administration. She is a member of the Advisory Councils for Pollution Probe’s Energy Exchange and Energy Ambassadors initiatives, and was an elected member of the University of Ottawa’s Board of Governors from 2012 to 2015. Her expertise is regularly sought out by parliamentary committees, energy ministers, departments and regulatory agencies, and energy companies and industry associations in Canada and abroad.

Gattinger holds a PhD in public policy from Carleton University.